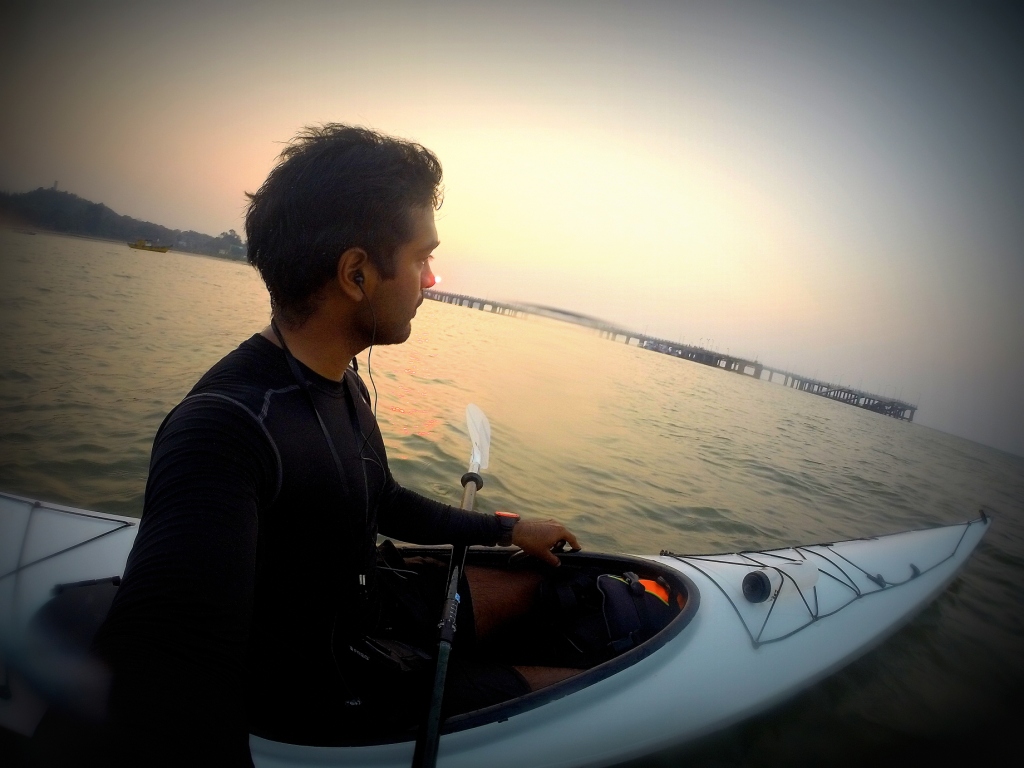 As I step up my training, I find that rather than doing circles around familiar territory, It’s far more rewarding heading out in new directions. Every paddle out however comes with the knowledge that you need to paddle an extra stroke back.

On days, this means that if I have a meeting with sponsors or a call with media, I have to be extra careful about the clock. I find myself on occasion whipping out my phone at 10:30 or 11:15 sharp in the middle of the water, trying to find a calm spot to coast while I take a call and make my pitch. Often I wonder what the other person is thinking hearing the calm of the sea in the background.

Digression aside, the real reason why, is that when you are 8.5kms off shore after a gruesome hour and a half of paddling a very unwieldy, overweight recreational kayak, you see a lighthouse. Standing tall as the sea comes crashing down on a reef behind it.

In the distance and with the morning sun, you see a fishing fleet coming out of the mouth of mumbai harbour. Calmly they pass by, a mysteriously queer line. You wonder how there is such discipline in these shipping boats as they maintain a line you’ve never seen on the streets of Bombay.

As they pass on by, you find the choppy waters have taken you closer to the lighthouse. You are almost kissing it, when the good people manning it come out to greet you. By the looks of it, they don’t get company too often. And a barrage of questions ensue. You remember human contact that extends beyond the digital. You make a mental note to come back.

Then you cross the lighthouse. And the sea hits you. It’s rough swell snaps you back to reality. There is danger here. You laugh and paddle on. You Paddle Hard.