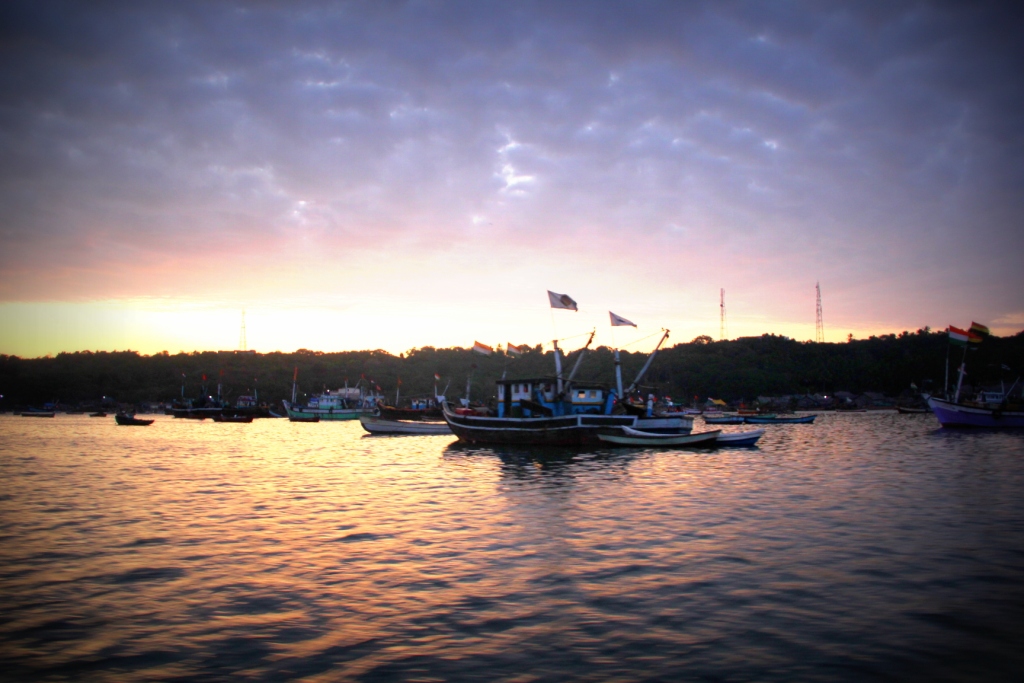 Day Starts at 4:30.
The alarm is shrill and alien. I just went off to bed! It can’t be time. But then ofcourse, this is how the last expedition started too. So this one can’t be any different.
Yesterday, Shanj and I said to ourselves that we would do better this time. And get to bed and sleep well before the expedition. Yeah. Like that’s ever worked.

So I wake up shanj. She’s groggy and mostly out of it. I start packing my stuff as she goes out to find her charged phone. I pack all the gear in and mom is awake. I told her not to wake up and trouble herself. So she troubled herself and is now awake. She asks about tea. Mom thinks tea solves everything. That and timely meals. I’m sure she would throw a pot full of tea at the JNU crisis or the US Election. Refusing the food, we finish a banana and some dates. Mom has cooled the water for our trip. Tarun, from Frodo cam, has very sweetly dropped off some GoPro batteries and supplies to ensure this trip is well documented. I swing by the first floor to pick it up. The bags are lighter than I anticipated, and even Shanj dropped a bunch of extra clothes to make her cycle lighter. Tie it up, adjust the weight a couple of times, head out the gate.

Look back up to wave bye to mom and dad, and we are off. After a small photo session, obviously. By the time we reach IIT, we’ve stopped once to adjust Shanj’s bags and are now content we can reach Goa. Obviously.

Chintan has already taken off from his house. While we are trudging along the highway, he’s having a cup of freshly made coffee at the cyclewallah at Chembur. Meanwhile we are busy hurtling down Kanjur flyover. At the first bump, my spankingly new blue bottle goes flying. A truck comes to a screeching halt to save it. At 5 in the morning, Bombay is generous. I run back to save what’s left of it, and Shanj goes speeding by. Facebook would later tell us, it’s been just a year since Shanj has been cycling. And now we are headed to a 600 km run. It’s been a good year.

At the eastern express highway, we have to stick to the mainroad, as a local marathon / running championship has cordened off the service lane we normally take. As the sun yawns it’s way over the horizon, a 100 strong boys(& girls) stretch, bend over, and guzzle free energy drinks being given away. Policemen run havoc and almost run me over. #Regularday

At Chembur, we are all feeling a little risky, so we take the freeway. A no-no for cyclists, but it’s my city, so… The road is mostly easy, with some steep inclines that tests our backs a tad bit, but it’s mostly smooth sailing. When we hit the tunnel though, I hear Chintan scream out over the roaring sound of trucks running past. I look back and spot the policeman. He’s not just not concerned, he’s mostly vacantly staring into space. By the time his languid lordship comes to a halt, I’m already smiling. I’m headed to wadala – in my choicest marathi. He’s smiling, or in my head he is, – Ok, great stuff, but get off of the freeway – in his choicest marathi. When he’s gone, we reckon there is a lot probability we see him again, and we can run the freeway anyway. But we decide to not tempt fate, and exit stage left. Down from Wadala we are cruising under the freeway. With ample shade and sparsely populated roads, I’m thinking this policeman probably knows his cycle routes. Good stuff – in my choicest marathi.

We run past parked trailers, and Indian Oil. We run through a small village-ish locality with chickens. We pass big traffic held up by a rickshaw being washed. We cycle past railway wagons lying in disuse. By the time we reach the end of the freeway, we forget to check if our helpful policeman was keeping track of our honesty. But it’s almost 8 and we are hungry. We stop by Yahzdani Bakery for a quick breakfast of Brun maska chai and then down to the gateway. The guard at the gate, asks me how much I got the bike for. I think in their free time, all the policeman in Bombay are cycling up and down the freeway. Running havoc to their bellies.

We make it in time for the 8:30 Maldar to Mandwa. On the ferry, we are in the usual place of staring at gateway over the water. We do our stretches, and relax watching the gulls chase after us, waiting for their benefactors to throw chips bought on board, offboard. It’s a curious ritual.

Down at Mandwa we have our customary Neera and set off. The roads are calm, winding and green. It’s 10 but the sun has no effect on us thanks to the foliage all around us. We cruise along, and about 8 kms in, we stop to adjust Shanj’s handlebars. After it, she’s sitting a lot straighter on her bike. Better for her back and hands that were taking a hit. A lime juice stop later, we are on the road again and we hit Alibaug. On the road, a woman stands with two bags. Using her hands she’s collecting rice fallen in the dirt into her second bag. We cycle by, understanding her rice bag tore. Shanj is first off the cycle and helping her scoop the rice back in. The ladies nephew arrives, and they point us in the direction of a good restaurant in return for the help. Shanj is a sweetheart.

We settle in, after 55 kms at Sagar Savali, for a surmai fry and palak paneer lasuni, with jeera rice and dal fry. Feeling a little full, and pretty happy with our day so far. We are stretching our welcome here, and after a second round of cassata, lassi and sprite, we are now hitting the road again.
We will attempt to do another 30 kms today.